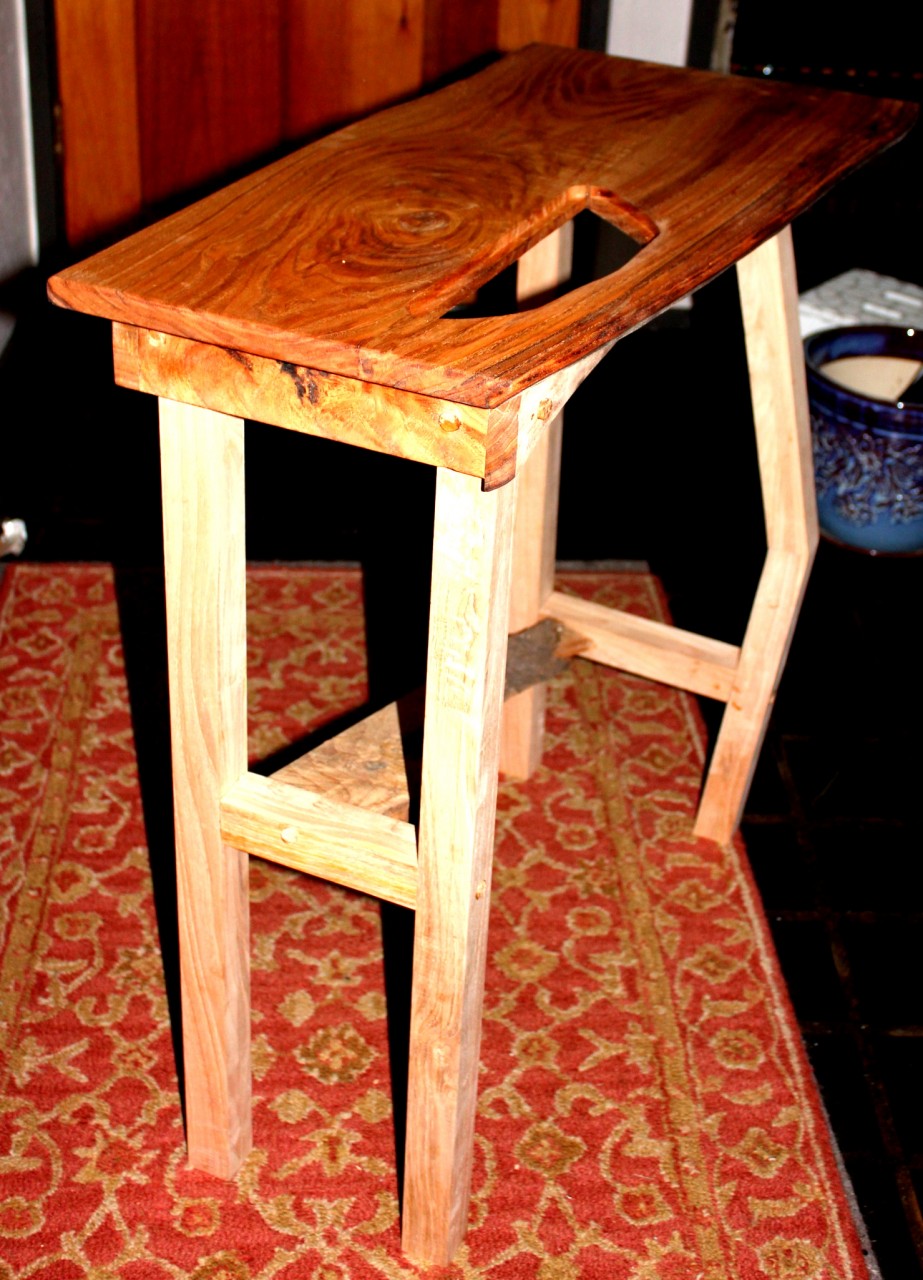 This is a modestly sized hall or couch table built from aged Chestnut grown on the Big Island of Hawaii. The natural-edged solid top has a magnificent knot that has been extended with the addition of a crescent of leaded stained glass. Construction is traditional “cottage style,” but with the new feature of a leg bent at the “knee.” The sawmill owner and I have speculated about the source of the chestnut, as it is not endemic to Hawaii. The best inference is that it came from either a missionary or plantation manager’s yard, or from the yard of a Hawaii plantation labor “camp.” In the plantation days, the camps were villages of cottages near field sites or sugar mills, built initially for the first plantation laborers from Japan. It would not have been unusual for a labor recruit to have brought chestnut seeds from Japan in the early years of 1900.

Artists
Back To Top